A New Dimension In Hosting! 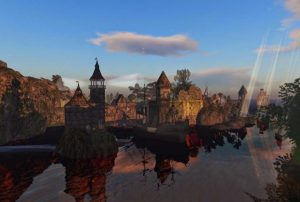 At A Dimension Beyond our service is a bit different than others. That kinda got rammed down my throat the other day and it surprised me greatly. The philosophy at ADB is that we would rather have you learn to fish rather than just give you fish. When you learn you grow and become self-sufficient. You gain knowledge about what you are doing. Knowledge makes you a Grid Master rather than just a grid user. And as they say-Knowledge IS Power!

I have always been something of a control freak. Over the years I have dealt with many service providers and they have failed me in myriads of ways. Recently I had rented a virtual web server from a company where we were keeping this web page hosted temporarily until we had our own servers up and running correctly. Well just before the OpenSim Community Conference they screwed up the database and this web page went down. Despite me sending them ever more terse trouble tickets it took over a month to get the site back up again. We had given up on them. That is not my idea of Customer Service! We ended up having our own servers up shortly after they went down and just recreated this page from a backup we had made. Thank God for Backups! Desperation forces things to happen! We also learned a few things from that. A big thing was to not trust just anybody to host important web pages!

This brings me to a development that had happened recently with a group that wanted us to set them up a new grid on one of our servers. When you host with ADB you have full control at the Admin or Root level of your particular server. We will work with you to get you started by teaching you the basics of how to work the grid server. We are teaching you to fish. Well, this group expected me to do everything for them including set up all their regions in a grid and name them and choose everything for them. In essence we were expected to make all their decisions for them. They got mad at me because I wanted them to learn something on how to actually run a grid and they had no desire! This kind of set me back because to me learning how to do things at the root level is vitally important. If I do not have god powers in a virtual world I feel powerless, and I don’t like that feeling. At ADB Hosting you are a full god of your world! You will never feel powerless.

A Dimension Beyond Hosting is a great way to have a Virtual World of your own and to learn the ins and outs of doing it at the Root level. We are there to help you with instruction manuals and actual remote control training in person if you want that. Learn how to fish and have a much better diet! Are you interested in going into the next dimension of hosting? Send us a note here! We would love to make you a part of the A Dimension Beyond Family!